Summer is upon us and everyone wants to look their best. So, you’ve kick-started the healthy eating regime in eager anticipation of achieving that bikini body, but what do we have here – healthy eating and you feel more bloated than ever? What on earth could be going on? Here I explains why 10 ‘healthy foods’ could actually be causing you to BLOAT!

Apples are well known for their low calorie status and are often a popular choice amongst dieters. However, it’s possible that you could be sabotaging your washboard tum with that apple a day. Apples are rich in fructose which falls into a category of dietary fibre called FODMAPs. Some people find that they need to give FODMAPs a wide berth as they find they are left feeling rather bloated and gassy after consuming them – this may be especially true if you already suffer from an underlying condition such as IBS. So, this is definitely something to keep in mind if bloating is a common occurrence – paying attention to your symptoms after certain foods is key.

If apples aren’t working for you then why not try having a handful of berries as a healthy snack instead. Strawberries and raspberries are lower in FODMAPs but are stillsuper nutritious! Also, if you find you are little  gassy or uncomfortable after certain foods why not try out Digestisan – it’s a bitter herbs remedy licensed for the relief of indigestion and flatulence.

Beans and pulses are super healthy and rich in fibre and minerals such as iron. However, these little guys are rich in another type of carbohydrate called galacto-oligosaccharides (GOS), which again falls into the FODMAP group, and so eating too many could leave you feeling bloated.

Opt for tinned varieties of pulses instead to help avoid bloating– some of the GOS content is thought to leak out into the surrounding liquid which you the drain down the sink! Happier tum time.

Broccoli is a popular vegetable amongst gym goers as it is rich in beneficial compounds including sulforaphane. However, broccoli also contains fructans, another type of oligosaccharide which don’t get properly broken down by the time they reach the large intestine. As a result, gas may be produced.

Why not try other green vegetables for a change; after all variety is key to good health! Courgettes, for example, are extremely versatile and a lighter option which can be made into a tasty side dish.

Grapefruit is often hailed a ‘superfood’ with claims of its ability to help support weight management. But could it be having some undesirable effects instead? Quite possibly! But why? You’ve guessed it; it contains a type of FODMAP – those pesky oligosaccharides. They aren’t present in mega high amounts so you could get away with a small portion – but perhaps avoid the grapefruit diet if you think you are particularly sensitive.

Why not replace a wedge or two of grapefruit with orange instead. Oranges are lower in FODMAPs and should leave your digestive system feeling a bit happier.

Onions are the base of many healthy recipes; they add a nice flavour to dishes and are nutritious. However, onions contain a compound called fructo-oligosaccharides (FOS) which are often regarded as beneficial as they act as prebiotics. Prebiotics basically support the bacteria in our gut by acting as a source of food. However, as we know, as bacteria feed they produce gas, which we suspect is further complicated if you have an imbalance of bacteria in your gut – the bad guys tend to produce even more!

Why not experiment with some different FODMAP-free veggies as the base of some of your dishes in the kitchen, for example, bean sprouts or some grated carrot. Also, if you suspect your gut bacteria need a boost, opt for a prebiotic supplement such as molkosan, or if your tummy needs deflating, why not try out Optibac Flat Tummy for a week or two in combination to see how you get on? 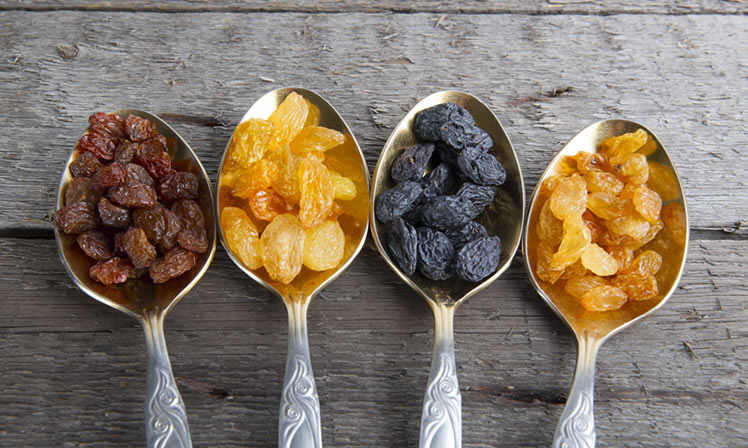 Dried fruit packs are all the rage in health food stores and people assume that these little dears are the perfect snack. Although of course they can be a nutritious option and a nice addition to a healthy balanced diet, they are particularly high in the so-called ‘fruit sugar’ fructose. Some people are thought to suffer from fructose malabsorption and flare ups in symptoms can occur as a result of this, so just be sure to keep an eye on your symptoms and don’t eat too many at once.

Opt for fresh fruit options instead which have less fructose in, such as a handful of berries or a banana.

Summer days and juicy melon slices often go hand in hand. However, melon, including watermelon, may not be your go to in future when you consider the fructose content; much like dried fruit, it’s pretty high.

Go for other refreshing summery options instead, such as kiwi fruit or juicy pineapple chunks.

It’s been drilled into us that fruit juices are super healthy, however, concentrated juices, in particular, can be problematic – again they are super high in fructose. Some people may be able to tolerate larger amounts of fructose, but for others, it isn’t well absorbed and can cause havoc in your gut.

Swap sickly sweet fruit juices for some hot water with lemon in. Lemon slices are well tolerated by most, have a lovely refreshing taste and are packed full of vitamin C. If you are struggling to cut down on your sweet fix, why not try adding some Molkosan fruit to some water instead. This has some fruit extracts in but also contains a good dose of L+ lactic acid – perfect for supporting your gut! 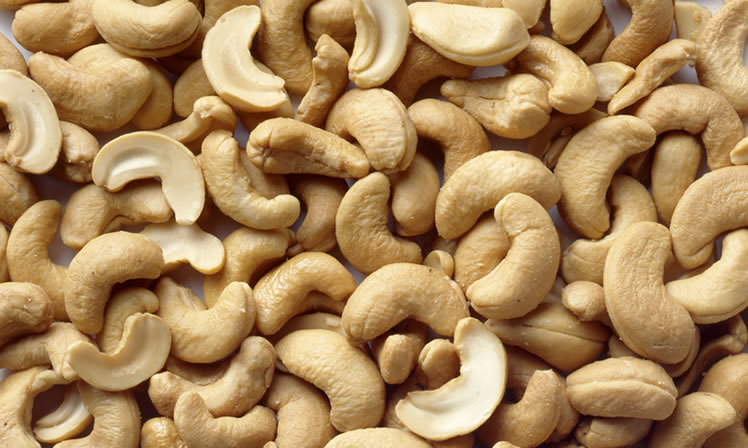 Although nuts are a great addition to any diet being a great source of protein and healthy fats, it might just be worth watching how you respond to certain types. Cashews, and a couple of others including pistachios, have a higher percentage of carbohydrate and can, in some cases, be problematic.

Why not try some seeds instead of your normal handful of nuts. Pumpkin or sunflower seeds are super nutritious and are lower in FODMAPs.

People often assume that as ‘diet’ drinks are low calorie options they are fine as part of your healthy eating regime – but sadly this just isn’t the case. Firstly, they contain gas to start with which can easily become trapped, but next artificial sweeteners are high in a compound called polyols which aren’t broken down and absorbed before they reach the large intestine – and as we know, this means one thing – gas! Finally, in the long-term artificial sweeteners are thought to potentially upset blood sugar balance and insulin responses which can actually lead to weight gain... phew, doesn’t really seem worth it now does it?

It’s got to be good old H 2O. Water is so underrated, for all bodily functions really, but weight loss and bloating especially. It helps to get your bowels moving, clear toxins from your body and combat water retention. If you’re dehydrated you’re much more likely to suffer from water retention as your body desperately tries to cling on to every last drop. So, drink 1.5l of plain, still water daily in order to help you look and feel your best.