An allergic reaction like hayfever can be explained as an excessive reaction to a normally harmless substance. The immune system identifies the harmless substance, in this instance pollen, as dangerous, and produces an antibody called IgE, which triggers the production of histamine. Histamine is an inflammatory chemical that causes an array of hayfever symptoms, including a running nose and streaming eyes, itching and burning in the throat, nose and eyes, puffiness, swelling and mucus formation. Altogether, not much fun.

Tree pollen occurs first, typically from late March until mid-May, and affects around 25% of the population. Grass pollen is by far the biggest trigger, affecting up to 95% of hayfever sufferers. It tends to get to work from mid-May, lasting until the end of July, which is when grasses and flowers come into bloom. Weed pollen can be released at any time but the season typically covers the end of June until September.

Pollen and your postcode

Added to the staggered nature of the season, where you live in the country will also determine when you’re likely to be affected. Generally there’s a later start and shorter season in the north of the country, where there tends to be less pollen. Urban areas also have lower pollen counts than the countryside, but arguably other airborne irritants to contend with.

What’s the take-home? Pollen pretty much has its bases covered from February through to September, BUT, if you are prone to hayfever, there’s plenty you can do to stay one step ahead.

Foods to avoid when you have hayfever

Many people with hayfever are also likely to have sensitivity to certain foods, the most common being dairy produce. Dairy foods are mucous-forming which can make hayfever symptoms worse. Try to keep dairy products to a minimum or seek out dairy-free alternatives such as rice or oat milk. Sugar can also be problematic in that sudden surges and drops can cause adrenalin production, which involves the production of histamine.

Keep your body as free from toxins as possible by avoiding junk and eating wholefoods. Keep your caffeine and alcohol intake low and avoid nicotine. If you live in a polluted area or work with chemicals or in traffic-ridden areas, regular detoxes to keep your system clear will help. Simple steps such as drinking plenty of water and keeping your bowel moving daily will reduce the toxic load on your system. 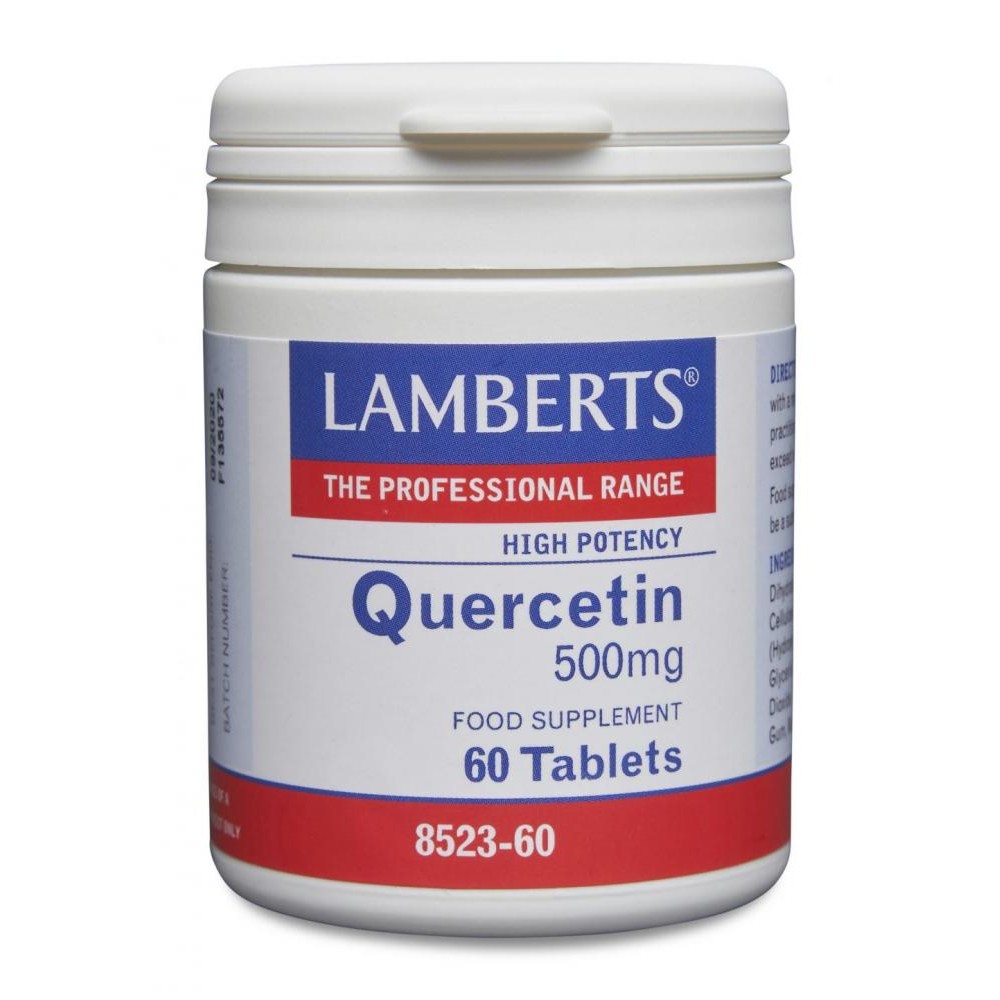 Quercetin, found naturally in apples (with the skin on), red onions, capers, and black tea, is recognised for its antihistamine activity. Quercetin supplements are also available. A typical dose for hayfever is between 200 and 400mg up to three times a day. Try Lamberts’ Quercetin 500mg or Solgar’s Quercetin Complex with additional vitamin C, which is also noted for its antihistamine properties.

Plant remedies can also help with hayfever. Echinacea purpurea taken twice daily can help to improve your body's ability to identify harmful substances correctly. This will not only reduce your allergic reaction to the trigger substance, but also improve your resistance to colds. Ideally you would think about taking Echinacea about two months before your known hayfever time, but it may still prove helpful even after symptoms have set in.

Approximately two weeks before your usual symptoms kick in start taking Luffa operculata twice daily. Luffa helps to combat sneezing, blocked and runny noses. A yellow tropical plant, it is usually teamed with Galphimia glauca, which can be especially useful for reducing irritation of the eyes. Pollinosan Hayfever Tablets from A.Vogel contain seven tropical herbs, including Luffa operculata and Galphimia glauca, to help with allergy to grass and tree pollen. They are non-drowsy and so will not affect your ability to drive or use machinery. A nasal spray is also available for immediate relief.

If your eyes are particularly sensitive to hayfever, A.Vogel Eye Drops with Euphrasia can be used to relieve dry, irritated or tired eyes. The drops help to soothe and maintain lubrication of the eyes and are suitable for use whilst wearing contact lenses. They are also suitable for use during pregnancy or whilst breast-feeding, and for children from two years and above.

A bit of detective work will also help you to outsmart your pollen-shaped foe: check prevailing winds and pollen counts and remember that wind dried clothes can become pollen catchers; hang them inside instead.

Try to limit outdoor activity during the early morning hours, which is when pollen counts tend to peak (between 5am and 10am), and if you have been out when the pollen count has been high, get undressed in the bathroom not the bedroom so as to reduce the risk of bedtime sneezing.