April marks Rosacea Awareness Month. Defined by the National Rosacea Society as ‘a chronic but treatable condition that primarily affects the central face’ [1], rosacea is a complex skin condition, that can develop in many ways and at any age. There is no one single cause, and equally, no one single cure. But if you have rosacea, there are a number of lifestyle tweaks and skincare choices that can help keep your symptoms to a minimum.

Rosacea is a chronic skin condition that affects the central parts of the face, mostly the cheeks, nose, the forehead (between the eyes) and the chin. Characterised primarily by redness, rosacea causes blood vessels in the face to enlarge, therefore giving a flushed appearance to the upper cheeks and nose area.

Rosacea often has several symptoms which can all be present, or some people may have only one or two.

Symptoms of rosacea include: frequent deep flushing, persistent inflammation, itchiness, small white papules and pustules and dry patches. Other symptoms may include, burning or stinging of the skin, redness or itchiness in the eyes.

Rosacea is more frequently diagnosed in women, but tends to be more severe in men and there is also evidence that rosacea may tend to run in families, and may be especially prevalent in people of northern or eastern European descent.

There is no obvious single cause of rosacea.

Rosacea has been linked to abnormalities in the circulatory system mainly because of the rapid dilation of blood vessels that triggers symptoms such as facial redness, pimples or plaques [2]. It has also been suspected that the Helicobacter pylori strain of bacteria, normally found in the digestive tract, might trigger an increase in the protein bradykinin, which can cause your blood vessels to dilate or expand.

The National Rosacea Society points to recent and ongoing studies linking facial redness and the innate immune system, citing a marked increase in anti-microbial molecules (cathelicidins) and mast cells, the cells responsible for releasing histamine and other substances, in people with rosacea [3].

And a microscopic mite called Demodex folliculorum has also been considered as a potential contributor to rosacea. It’s a normal inhabitant of human skin, but is much more abundant in the facial skin of rosacea patients [4].

Stress can be a major trigger for rosacea, aggravating symptoms and affecting psychological health. Rosacea can make you feel self-conscious and uneasy in social situations, ruining your confidence and putting you on edge.

Digestion appears to be very important when it comes to rosacea. A diet rich in inflammatory foods such as refined sugars, caffeine or alcohol, can have a negative effect on the digestive process, triggering the condition.

Spicy foods such as curries, chillies or horseradish can make rosacea worse, probably because they cause blood vessels to dilate, as can alcohol, with studies showing that two thirds of sufferers found their symptoms are more severe after drinking alcohol [5]. One explanation is that alcohol can dilate blood vessels but it’s worth bearing in mind that certain drinks have properties that stimulate the production of histamine, further aggravating rosacea symptoms. Other beverages such as caffeinated drinks are capable of triggering excess histamine in your system and should also be treated with caution.

And finally, what you put on your skin can make a huge difference. Skin care products that contain fragrances or alcohol can be particularly problematic, triggering flare-ups in sensitive, rosacea prone skin. 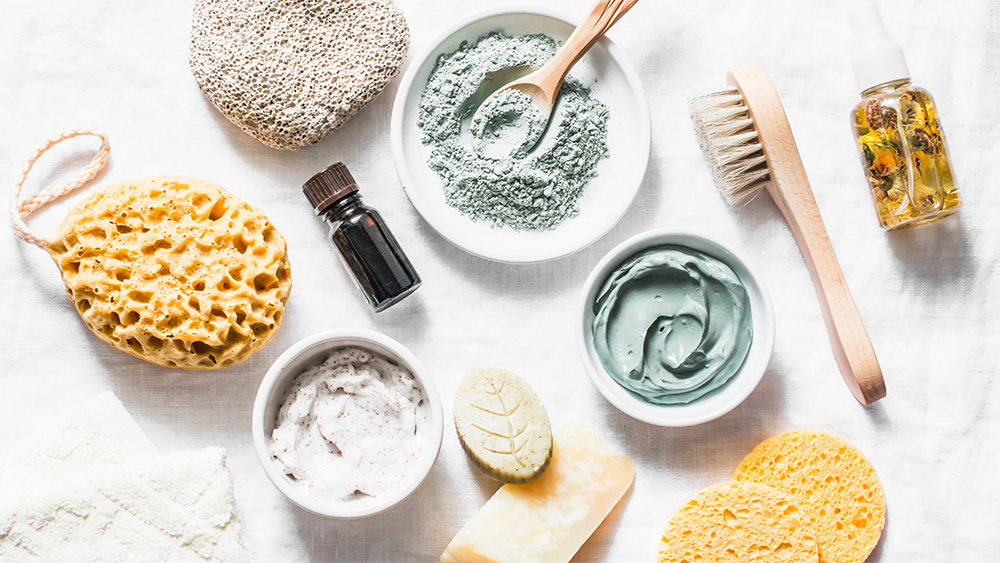 Triggered by stress? Try Stress Relief Daytime . It can be used for the temporary relief of symptoms associated with stress and mild anxiety. Take 10 to 20 drops once or twice a day, diluted in 5-10ml fruit juice or water according to taste, to help you cope better with the stresses around you.

It is important that you try to be as kind to yourself as possible when flare-ups occur. Do the things that make you feel good and set aside some time for yourself.

You could also try relaxation techniques such as meditation, which is excellent for calming body and mind. 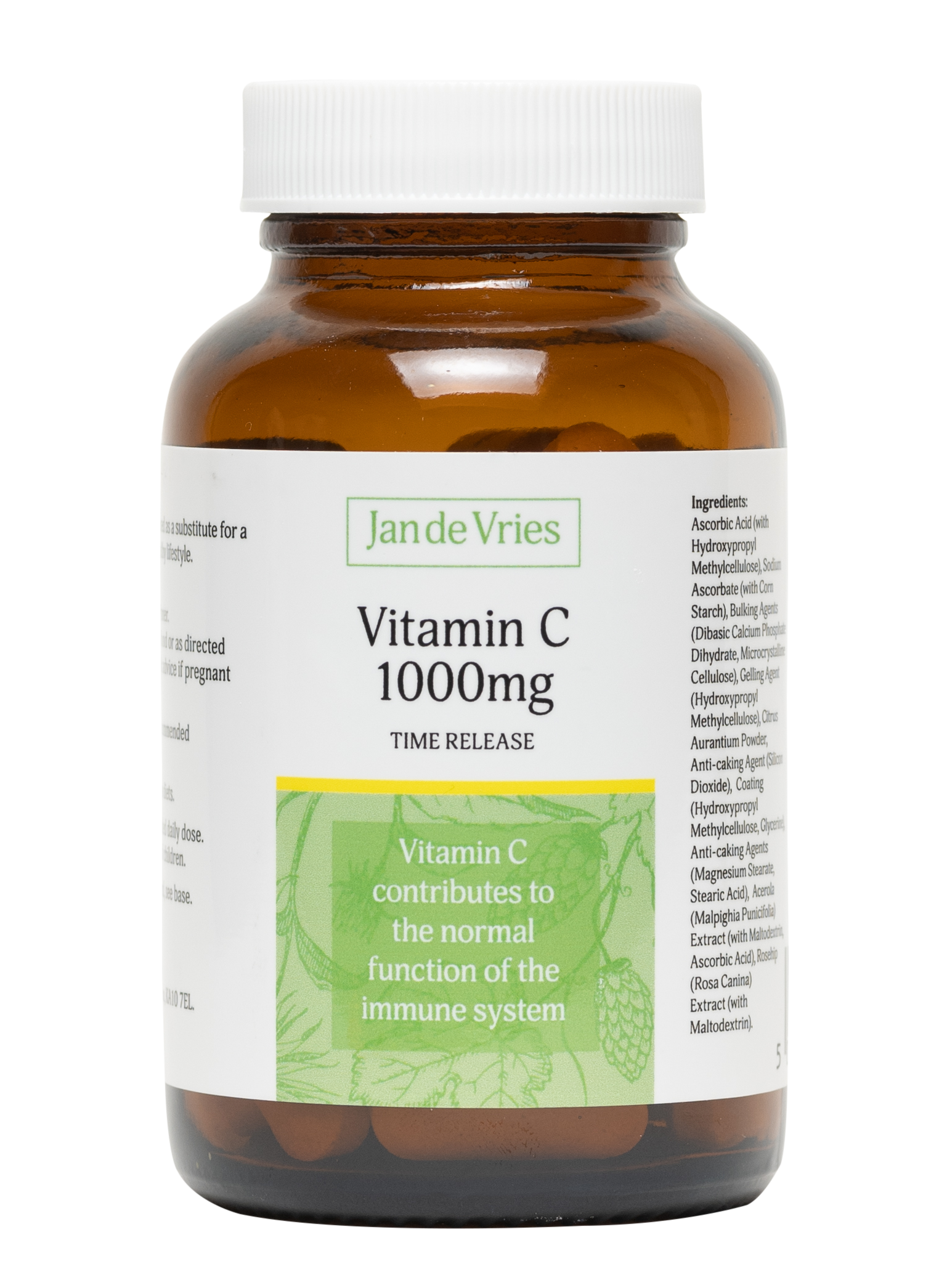 Eat well and eat fresh, eliminating any known food triggers from your diet. Vitamin C is brilliant for the health of your capillaries and can help to nourish and repair skin. Try increasing your intake of vitamin C rich fruits and vegetables and drink plenty of water to keep skin hydrated and help reduce irritation.

Regular, gentle exercise can help to stimulate healthy blood circulation, which can go a long way towards easing rosacea symptoms, but no Olympic medals. Over-exercising can trigger rosacea. A walk or bike ride is perfect.

Treat yourself to a cup of herbal tea . Green tea is renowned for its anti-oxidant and anti-inflammatory properties; it can also be applied directly to the skin to relieve swelling. Chamomile can help you to decrease stress levels and get a good night’s sleep. It can also work to reduce facial redness, one of the more visibly noticeable rosacea symptoms. You might also want to consider liquorice tea as well - a 2008 study showed that liquorice was a brilliant anti-inflammatory for skin cells [6].

Protect against the elements, hot and cold. During summer months, you should focus on protecting yourself from the sun by wearing a hat and an SPF suitable for sensitive skin . If it is a cold, windy day, wrap up appropriately.

Finally, be choosy about your skincare products: if you are suffering from rosacea, it is important that you use skincare products designed for sensitive skin ; the harsh chemicals and fragrances present in conventional cosmetics can irritate your rosacea symptoms even more. Opt for fragrance-free creams and moisturisers whenever possible. Salcura Derma Spray nourishes dry, itchy skin and is suitable for those suffering from rosacea.

Neem cream, made with extracts of the neem leaf, has been used for centuries to help dry, damaged skin and can be used by anyone who is not pregnant or allergic to nuts.

If rosacea is making your eyes irritated or dry, try using A.Vogel’s Extra Moisturising Eye Drops with Euphrasia, also known as Eyebright, and hyaluronic acid to help keep your eyes bright and moisturised.

[4] Retrospective analysis of the association between Demodex infestation and rosacea - PubMed (nih.gov)

[5] The Link Between Rosacea and Alcohol (webmd.com)