As the days get shorter and the nights draw in, you may be feeling a little flat. A lack of sunlight can affect our levels of serotonin, the so-called happy hormone responsible for our sense of wellbeing, and melatonin, which is responsible for normal sleeping patterns. Low mood, lack of concentration and energy, difficulty sleeping, flu-like aches and pains and a change in appetite are some of the most common symptoms.

SAD or just a little sad?

For most of us the seasonal blues pass relatively quickly but for some they develop into a mild depressive condition called Seasonal Affective Disorder or SAD for short. If symptoms occur for at least two winters in a row with remission in the spring months, a diagnosis of SAD is usually made.

The mercury might be falling but wrap up warm and brave the elements, the earlier the better and especially if the sun is shining. Early morning exercise can help to improve low mood for the rest of the day thanks to the ‘feel good’ endorphins it helps to release. If you can’t go out, sit near a window instead. Light therapy (to mimic summer daylight) can also help. 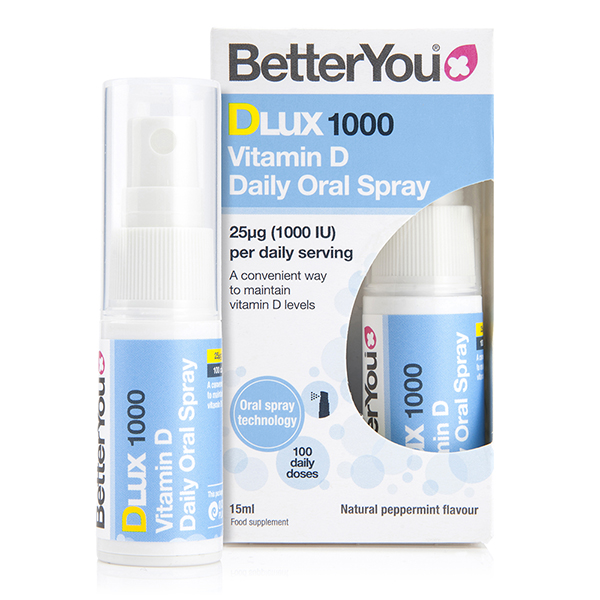 Vitamin D, the so called ‘sunshine vitamin’, can also counter the effects of light deficiency. It is naturally produced in the body when exposed to the sun’s rays and so vitamin D deficiency, especially during the less sunny months, is quite common. Food sources of vitamin D include oily fish and eggs. Equally a  vitamin D supplement or spray can help to combat vit D deficiency.

Eat to beat low mood. Mood-friendly foods include fish, turkey, chicken, beans, avocados, bananas, protein and wheatgerm as they help the body to produce more serotonin. Whole grains, seasonal vegetables and fresh fruit will give you a welcome boost of energy, and foods rich in  omega 3 essential fatty acids, such as fish and seeds, can help to support general brain health.

B vitamins for energy

Oat-based cereals (porridge especially) are a great way to start the day because they are an excellent source of B vitamins. The B vits are important because they help to convert food into energy, and deficiency has been linked directly to low mood, so it’s well worth topping up.

Cut down or cut out any white, processed foods, caffeinated stimulants, alcohol and foods high in sugar. These cause blood sugar levels to fluctuate dramatically and negatively impact mood and energy levels.

For trouble sleeping try Valerian. It is recognised for its calming action and is thought to inhibit the breakdown of GABA, a chemical transmitter that enables you to ‘cross over’ into sleep. A perfect partner to Valerian is Hops as it exerts a gentle sedative action on the nervous system.

For feelings of low mood and mild anxiety there’s St. John’s Wort or Hypericum.  A.Vogel’s Hyperiforce is made from freshly harvested St John’s Wort, and can be used to treat mild anxiety and slightly low mood.

If you cannot take St John’s Wort you could try  Jan de Vries Mood Essence, a combination of flower essences that may give support when it is difficult to stay positive. Taken regularly it aims to uplift and bring back an optimistic and enthusiastic outlook.