REM or Rapid Eye Movement is the part of your sleep when dreaming happens, and it is the first part of your sleep sequence that will suffer if you are not sleeping well or going to bed too late. REM can be compared to a mental systems-reboot for your mind, as this is the stage of sleep when all your mental tasks, deeds, thoughts and emotions are processed. It’s when your brain has a good think about everything and when your thoughts are allowed an airing in the privacy of your slumber.

Chronic sleep disorders and ongoing suppressed REM have been linked to a number of problems, including anxiety, depression and poor concentration. One study in the Netherlands found that participants who got adequate REM sleep were better able to deal with fear and distress than those who did not get enough REM [1]. Another study found that REM sleep improved the ability to solve puzzles [2].

How much deep sleep do you need?

We spend approximately 75% of our time asleep in non-REM sleep and the remaining 25% in REM sleep. The amount of deep sleep we get decreases with age, from around two hours a night if you’re in your 30s to less than half an hour a night if you’re 65 or over. Younger people may need more REM sleep because it promotes growth and development.

If you consistently wake up feeling tired and groggy, it may be a sign you’re not getting enough REM sleep. 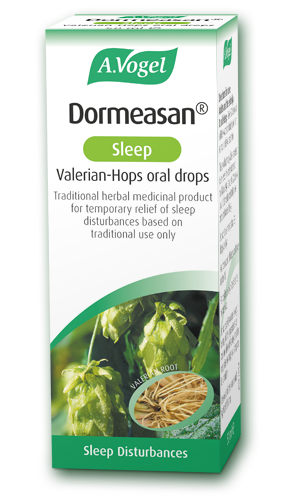 1. Going to bed and waking up at the same time every day will make the hours that you sleep more productive and will help you establish a sleep routine.

2. Avoid using tablets or phones in bed, as the blue light will stimulate the brain and keep you awake for longer. If you’re having trouble getting to sleep earlier, try slowly dimming the lights an hour before bedtime to simulate the setting sun. This will trigger the release of the sleep hormone melatonin.

3. Broken sleep is poor quality sleep. If you wake up during the night, make a note of the time. Waking up at 3am is actually very common and a sign your liver, which carries out many of its functions in the early hours of the morning, may be working too hard to process fatty foods and refined sugars, alcohol or stimulants. If you’re eating and drinking too much of the wrong stuff, adjust your diet accordingly.

4. Watch your caffeine intake. Stimulants like caffeine can keep you awake and throw off the natural balance between sleep and wakefulness. If you’re having trouble sleeping, avoid caffeine after noon. If you’re very sensitive to caffeine, you may need to limit yourself to just one cup in the early morning.

5. A natural sleep remedy can also help. A.Vogel Dormeasan® Sleep with fresh Valerian and Hops can help you get to sleep and also stay in the deeper stages of sleep for longer. It’s also non-addictive and fast-acting, and won't normally leave you feeling groggy in the morning.