Generally speaking we understand these little gems of nature to be foods with health-giving or supporting properties. Most published lists tend to include fresh foods that are naturally high in nutrients, especially antioxidants. 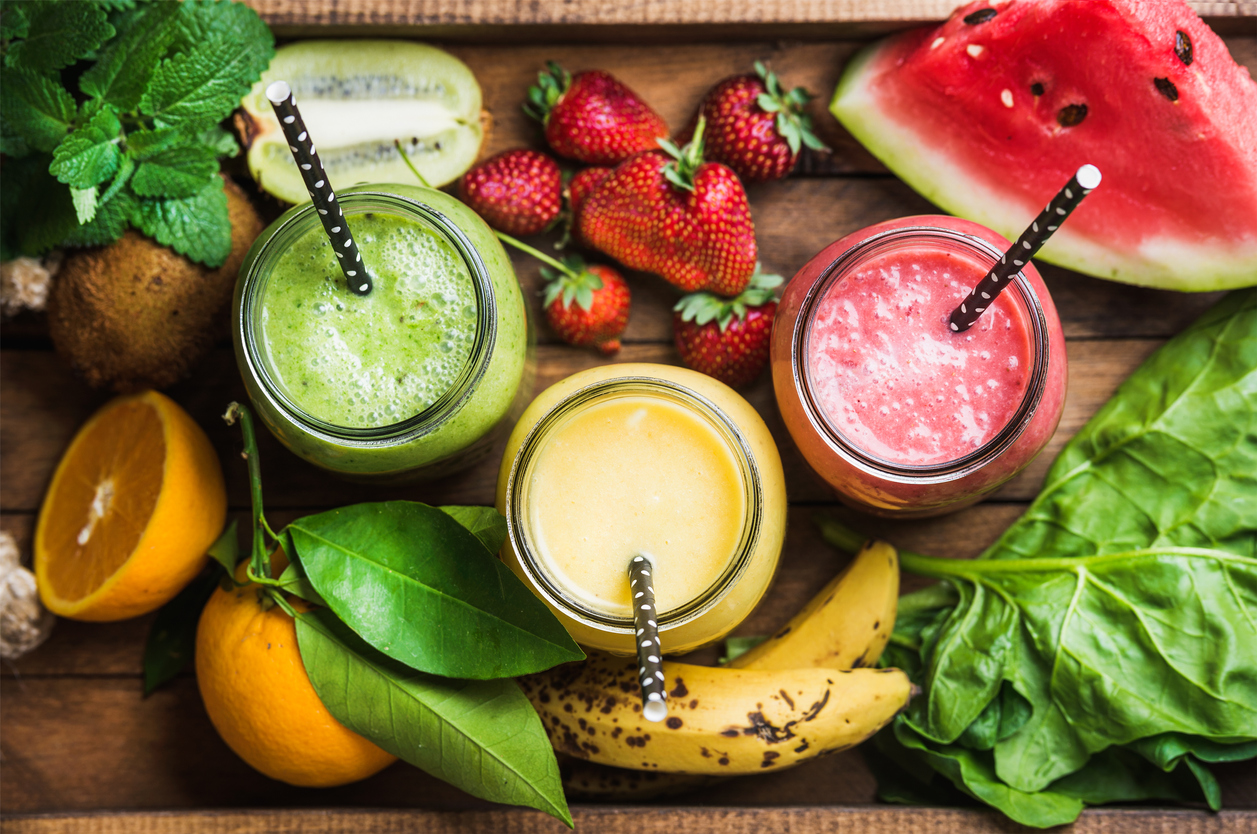 Antioxidants are thought to have many health benefits including slowing down the ageing process. They do this by mopping up or neutralising the surplus negative charge carried by unstable molecular fragments. These so-called ‘free radicals’ try to lose this charge by colliding with other molecules in a potentially destructive chemical process called oxidation.

Oxidation can age us prematurely and lead to a number of unwanted health complaints such as poor circulation, cataracts, heart disease and diabetes. Anti-oxidants are therefore our main defence against oxidation or free radical damage.

Well-documented antioxidants include vitamins C and E, selenium, co-enzyme Q10, glutathione and N-acetyl-cysteine. Glutathione, found in almost every cell of the body, is especially important. It is the body’s master antioxidant and as such, is our first line of defence against free radicals. It also helps the function of other antioxidants.

A few of our favourite superfoods

Broccoli itself is packed with nutrients but sprouted broccoli seeds are especially high in phytochemicals (plant nutrients) called sulforaphanes, which are around 100 times more concentrated than the plant alone.

The well researched little blueberry is packed with antioxidants, including anthocyanidins, which may help to support immunity and deter harmful bacteria from attaching to the gut and bladder walls.

Chlorella, a tiny, fresh-water algae thought to be the first ever plant on Earth, is rich in protein, vitamins – especially B12 - minerals, beta carotene, alpha lipoic acid and chlorophyll. Another antioxidant food, chlorella helps to support healthy digestive and immune system function, bowel function, and may provide protection against toxins.

Grape seeds are rich in antioxidants, including phenolic acids, anthocyanins, flavonoids, and oligomeric proanthocyanidin complexes (OPCs). Grape seed extract (GSE) is one of the best-known sources of proanthocyanidins and also a source of resveratrol.

Green tea is known to contain theanine, which may help us to stay calm, and is a rich source of antioxidant polyphenols called catechins. These nutrients are thought to be up to 100 times more effective than vitamin C!

Spirulina is widely known as blue-green algae but it is actually a special type of bacteria called cyanobacterium. In recent years it has skyrocketed in popularity as a superfood and is recognised as one of the most nutrient-dense foods out there.

It contains a potent antioxidant called ‘phycocyanin’ and is thought to have an ORAC (Oxygen Radical Absorption Capacity) of over 24000, which is four times that of the ultimate superfruit blueberry!

Spirulina also has a high content of B vitamins, calcium, protein and essential fatty acids such as omega-3 and 6, making it such a superfood favourite. You can find out why we love spirulina so much here.

Turmeric, also known as the golden spice, has been used in Indian cooking for over 2,500 years. It contains curcumin, which has been shown in research to have natural anti-inflammatory properties, as well as being a potent antioxidant with mild antimicrobial properties.

A diet rich in these superfoods will pack a powerful nutritional punch, but if it’s not always possible to eat healthily, a superfood supplement may help.

That said it is also important to bear in mind that balance is key. Whilst some foods are indeed super by virtue of the good they can do, no one food can ‘undo’ the damage caused by unhealthy foods.

Think ‘super diet’, incorporating plenty of fresh fruit and vegetables, wholegrains and essential fats, and you’ll be well on your way to super health!