The summer holidays are finally here and the chances are you’re already busy dreaming of your summer vacation; exploring a new culture, sunning yourself at the beach…and desperately trying to overcome the relentless drowsiness known as jet lag. Jet lag is a very common problem if you’re going on a long haul flight and how quickly you recover can depend on the number of time zones you’ve passed through. However, it’s not all doom and gloom – there are plenty of measures you can take to get the best of jet lag, as I discuss in today’s blog!

Get plenty of rest before you go
The chances are you might find it difficult to sleep in the lead up to your holiday – hopefully, it’s due to excitement but stress can also play a big role too, especially if you’re travelling with children! The thought of organising all the luggage, going through security and getting on the plane can leave you feeling exhausted before you even get to the airport, however, it’s still important that you get plenty of rest before you catch your flight.

Some people stay up late the night before a flight so they will sleep on the plane, but this tactic rarely works. Staying up late will only disrupt your sleep cycle even further and could result in worse jet lag symptoms when you do eventually land. That’s why it’s essential you get a good night’s sleep before your flight. If you’re struggling to cope with nerves, stress or even excitement, you could try A.Vogel’s Dormeasan Tincture, which contains extracts of Valerian and Hops to help soothe your nervous system and set you in a more relaxed state of mind so you can sleep easy.

Avoid arriving at night
If you are going to be flying, it might be tempting to book a flight that gets in at night – after all, that means that once you’ve checked out of the airport, you can go straight to bed and wake up bright and breezy the next morning, right?

Well not so fast. Even if you land at night, your body won’t have caught up to the time zone you’ve arrived in so you may not go to bed as smoothly as planned. If you arrive in the day though, you’ll be able to soak up more sunlight (more on this later) and those extra few hours may help to get your body clock more in sync so that when you do eventually go to bed, you will hopefully fall asleep properly.

Consider a stopover
If you’re flying long distance, say for example between London and Melbourne, you may want to consider a stopover to break up your flight. This will allow you to catch up on some much needed sleep and it also means you’re not spending up to 30 hours on an airplane. This means that when you do eventually touch down, jet lag won’t be as much of an issue as the distance has been reduced!

Drink plenty of fluids
It’s easy to forget to drink proper liquids when you’re on a long-distance flight but trust me, dehydration definitely won’t improve your jet lag.  Even when you’re only mildly dehydrated you can still experience symptoms such as fatigue, headaches, constipation and dry skin but these, in addition to jet lag, won’t set you off on the right foot for your holiday. That’s why it’s worthwhile making the effort to drink plenty of plain water – between 1.5-2 litres to be exact! 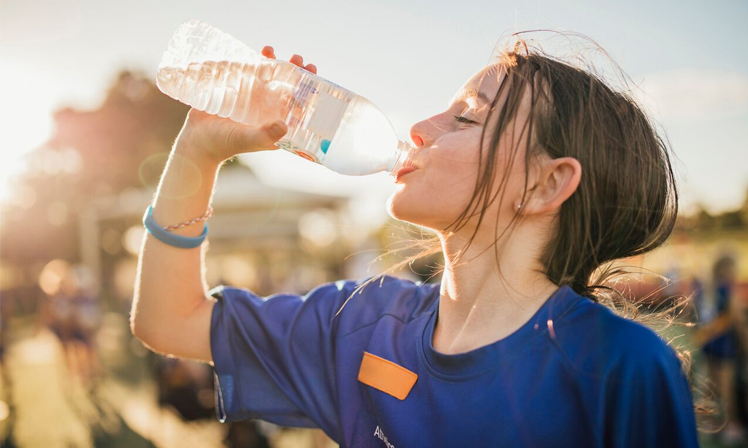 Avoid alcohol and caffeine
If you’re worried about jet lag or are feeling a bit nervous during a long haul flight, you will probably be tempted by a glass of wine or a can of beer. However, drinking alcohol can be problematic when you’re flying.

The first reason is that alcohol, especially at a high altitude, can easily dehydrate you, which as I discussed earlier, definitely won’t improve your jet lag symptoms! Also, even if a glass of wine does the trick and sends you off to sleep, the quality of sleep you’ll be getting will be poor and easily disrupted so you won’t wake up feeling nearly as refreshed as you’d hoped!

But what about caffeine - surely there’s no harm having a cup of tea or coffee? Well it depends as caffeine can sometimes upset your digestive system (not what you want on a long flight) and even acts as a diuretic, making you more susceptible to dehydration. Not to mention, caffeine can affect your blood sugar levels and linger in your system hours after you’ve finished your cuppa so it may affect your sleep patterns and worsen your jet lag.

Eat the right foods
Once you’ve gone through the hassle of checking in your luggage and getting through security you’ll probably be ready to enter holiday mode the moment you set foot on the plane. During the flight you may find yourself ordering large meals or snacking on sugary treats however, heavy meals and sweet snacks do not make a happy flight.

Not only will eating a heavy meal place more pressure on your digestive system, persistently snacking through your flight will upset your blood sugar levels which will inevitably take a toll on your energy reserves.  By the time you land, your stomach may be feeling less than pleasant and your energy levels will have hit rock bottom – not ideal!

Get your blood pumping
If you’re flying that means you’ll be spending a lot of time sitting down with a restricted amount of leg room. This can wreak havoc on your circulation, causing your legs to feel heavy and achy, especially if you suffer from health concerns like varicose veins. That’s why I’d recommend finding ways of getting your blood pumping, whether it’s getting up every hour for a brisk stroll or even performing simple leg exercises at your seat.

If you do suffer from varicose veins, it may also help to wear compression stockings during your flight as these gently stimulate the flow of blood around your legs. Not to mention, some gentle exercise can encourage the release of feel-good endorphins, helping to improve you mood right before you land!

Avoid watching TV before you nap
Admittedly, there aren’t many ways to while away the time when you’re on a 14 hour flight. This means that you can expect to experience a fair amount of tedium however, for many the little television screens lodged into back of the seat in front of you can provide a brief respite. 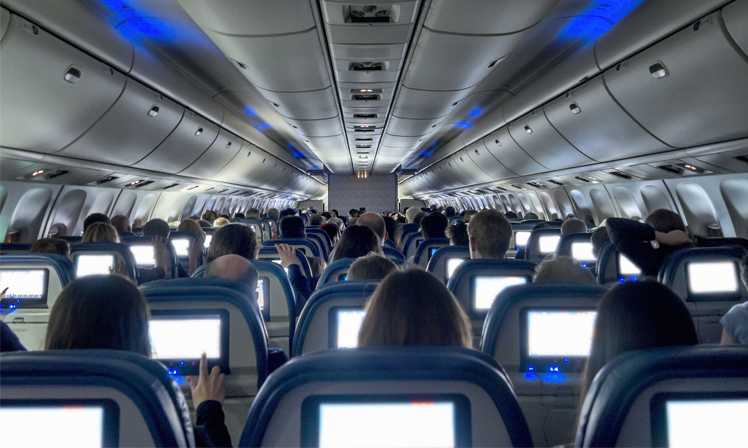 If you’re planning on taking a nap at any time during your flight though, you may want to tune out of your television. This is because devices such as laptops and televisions emit a blue light that can disrupt your production of melatonin, the sleep hormone, making you feel more restless and awake. This affects not only how quickly you fall asleep, but also the quality of sleep you experience too!

Don’t rely on sleeping pills
If you’re flying long distance it might be tempting to simply pop some sleeping pills on the plane and snooze away a good chunk of your flight. However, even if you do use sleeping pills, they’re unlikely to make you feel more refreshed upon landing and may even contribute to symptoms of jet lag, making you feel disorientated and drowsy. That’s why I’d recommend avoiding them completely on your flight and instead opt for a more natural alternative such as Dormeasan, which I mentioned earlier in the list.

Don’t go straight to bed!
As I mentioned earlier, once you’ve arrived it might be tempting to  just go to your hotel and bed down for a quick power nap. However, if you’re experiencing jet lag, this 30 minute power nap can quickly morph into a 4 hour snooze, which definitely won’t help your body to adjust to the new time zone. That’s why I recommend going to bed at a sensible time – if you arrive in the morning, try to power through until at least 8pm at night. That way, when you get up the next day, hopefully your body clock will have adjusted just a little bit to your new time zone.

Get some food
If you’ve just landed, the chances are you’re probably feeling pretty hungry after all the travelling. That’s why I’d recommend going for a nice meal – not only is it a good way to relax in your new environment and a great opportunity to try the local cuisine, it also gives your body the chance to get some much needed nutrients. Again, focus on getting plenty of fresh fruit and veg, as well as lean sources of protein and healthy fats – these should help to support your digestive system, blood sugar levels and mood!

Soak up the sun
Soaking up the sun once you’ve arrived at your destination is not only a great way to get more vitamin D, it also helps your biological clock to adjust to your new time zone. According to the National Sleep Foundation, staying indoors can worsen the symptoms of jet lag[1], and getting out and about does give you the chance to explore more. Just remember to apply some suncream first before you head out! 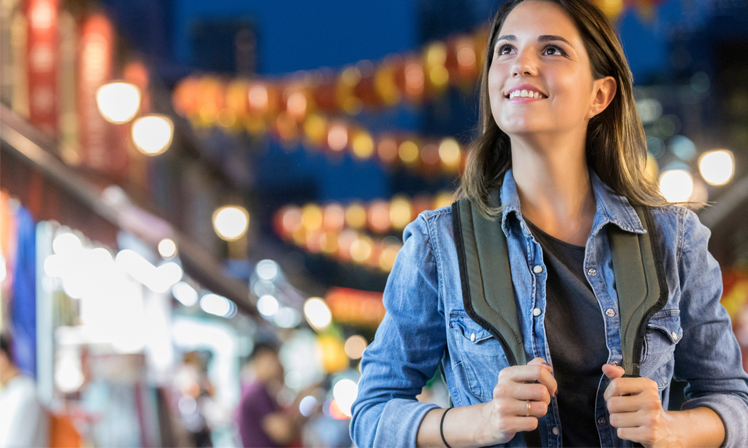