How often do you wake up on the wrong side of the bed?

Grogginess, for many of us, is a familiar sensation that we experience first thing in the morning. It can be difficult to shift that feeling of disorientation, and in some cases it can have longer lasting effects. Here I'm on hand to discuss why you feel groggy and what you can do to help yourself.

Hmm? Where am I? What day is it? What am I supposed to be doing? The general confusion on waking up is horribly disconcerting and utterly bamboozling at times. The overwhelming feeling of grogginess makes it difficult for us to do simple things like button up a shirt or boil a kettle, and a bad start to the morning can leave us grumpy and irritable for many hours to come.

Though your Gran may tell you that you just got out of bed on the wrong side that morning, grogginess on waking is a widespread problem, and can take up to several hours for some people to feel themselves after waking. It is something that sleep scientists have been investigating in order to find reasons and remedies for the problem.

What do the scientists say?

Though ‘grogginess’ is a far more descriptive expression, ‘sleep inertia’ is the official term used by sleep scientists for the sensation of slowness, reduced alertness and impaired motor skills on waking. Typically, these sensations only lasts for 15-30 minutes, although for some people the effects can last much longer!

Though many of us just accept this grogginess as part of the routine of waking up, our reduced mental functions and motor skills can leave us in a state worse than legal drunkenness, which raises concern when we start driving or crossing roads. 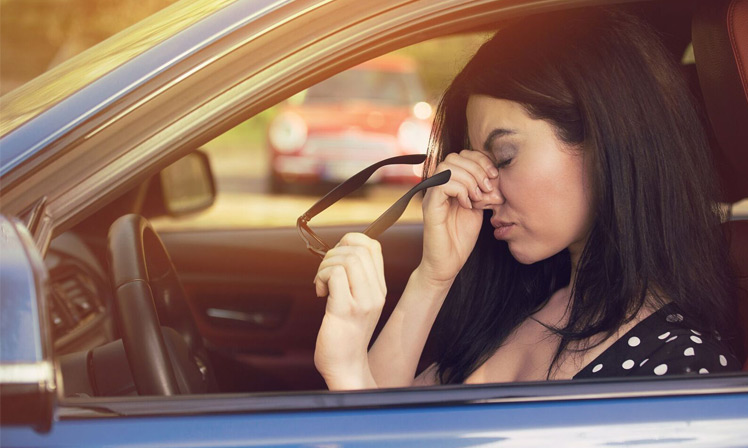 Sleep inertia is also a common sensation on waking after an afternoon nap, and people rarely have the sympathy for our slurred speech and delayed responses at 3 in the afternoon.

Why do we feel so groggy?

Some people seem to wake up bright eyed and bushy tailed while the rest of the population drag themselves out of bed, only fully coming to terms with the land of living after a hefty mug of coffee or a cold shower. In fact, our response to waking up is more to do with what stage of the sleep cycle we are in when the alarm clock goes off rather than any genetic disposition towards grogginess.

There are several stages of sleep, and ideally we want to awaken at the end of a complete sleep cycle rather than in the middle of REM (Rapid Eye Movement) Sleep. If we awaken during REM sleep, we still have high levels of the hormone melatonin which makes us feel sleepy, but if we waken at the end of a complete sleep cycle our body has regulated our blood pressure and heart rate ready for waking up. This allows us to be more alert and responsive when we get out of bed. 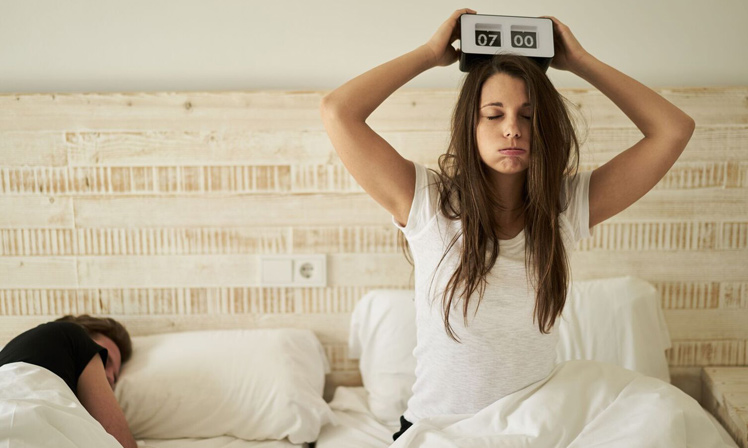 Our body is a creature of habit and it likes to prepare for what is coming next, so if we go to sleep and waken at the same time each day, our body is able to prepare for waking up, so that as the time approaches for the alarm clock to sound, our body takes steps to make sure that we don’t get a fright but instead are woken up feeling ready for the day ahead. If we establish a good enough routine, our body should be able to awaken of its own accord, at the right time, without the need for any shrill bells.

What can we do about it?

It’s all very well to identify that when we wake up we feel pretty lousy for a while, but how good would it be if each day we woke full of vim and vigour looking forward to what the day has to bring forth. As alien a prospect as this may seem, it need not be this way. There are many tips you can try to help to help banish the morning grogginess:

Snooze buttons are the biggest culprit of grogginess on waking. Your body takes the first alarm bell as a signal to enter that land of the waking. However, if you hit the snooze button and allow your body to drift back to sleep, this signals to your body to slip back into deep sleep. Then, when the alarm goes off again, your body has already started a new sleep cycle, so is not prepared to be awakened. This is why snoozing tends to last somewhat longer than we initially planned, and why we really can’t face getting up when we really have to.

As you have probably gathered by now, our body likes to know what it is doing and when, so if you go to bed at the same time each night and get up at the same time in the morning, even on weekends, your body will reward you with groggy-free mornings. You may feel reluctant to abandon your Sunday morning lie-ins but in the long run, the pleasure of looking forward to waking up feeling bright and refreshed far outweighs the confusion and irritability which comes as part of disrupting your sleep schedule:

Much as I love a good nap, the confusion on waking sometimes leaves us feeling worse off than we were before. Grogginess after napping tends to only occur in naps that are longer than ten minutes, though anyone who has ever accidentally dropped off for a few seconds in a meeting or as a passenger (hopefully not driver) in a car, will know that sleep inertia can hit even in that short time. Naps also knock your body clock off, making it confused as to whether you should be asleep or awake at different times of the day.

4 - Consider the effects of your work

It’s all very well to bang on about establishing a sleep routine but for those who work varying shifts this is a lot more tricky to achieve. However, all hope is not lost, as being extra vigilant in following basic sleep hygiene tips such as going to bed when sleepy, not using electronic equipment in the bedroom and getting up in the morning when your alarm goes off can make a world of difference.

Often the quality of your sleep is affected by what we eat. If we eat a heavy protein-rich meal late at night, our body has to invest more energy into digesting the food rather than providing us with deep and restful sleep. Instead, light meals will help us to sleep well, waking refreshed and lively.

Despite getting a better night's sleep than normal, it can be frustrating if you still feel groggy the next day.

Sometimes herbs can give us a helping hand with this, and unlike conventional sleeping medicines, herbal remedies do not leave us feeling lethargic the next day.  Herbs can be taken in teas such as chamomile or peppermint, or as aromatherapy drops, such as lavender.

One of the most popular and traditional herbs for supporting sleep is valerian. This can be found in licensed herbal remedies such as Dormeasan®Sleep Valerian-Hops oral drops which combines fresh extracts of valerian and hops.

Our top product picks to help you sleep better 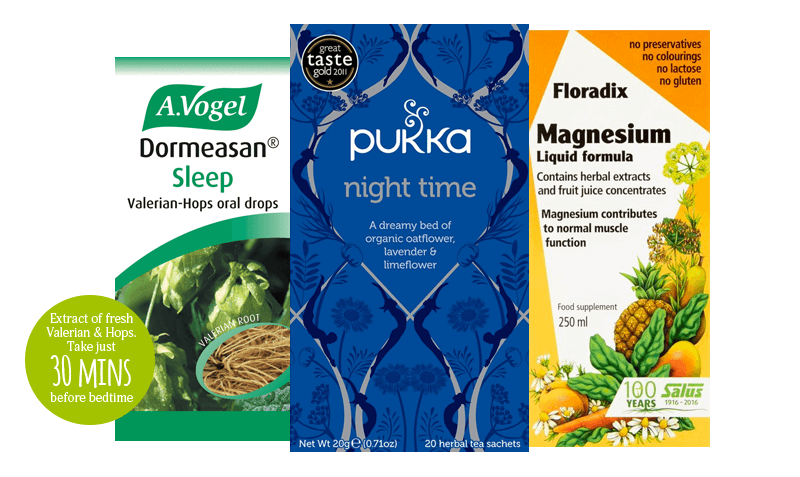 We have put together this bundle just for you to use whenever a bad night’s sleep strikes! Including a selection of soothing herbal remedies and natural supplements, you can rest easy knowing that all care has been taken to ensure you get a good night’s sleep!