What is apple cider vinegar?

Apple cider vinegar is generally made through a two-step process. Firstly, yeast is added to apple juice to break down the sugars and turn them into alcohol. Next, bacteria are added to the liquid which converts the alcohol portion into acetic acid.

Acetic acid gives apple cider vinegar its bitter taste but it also brings some of its health benefits too. There’s even been some suggestion that it could help to manage weight by making people feel fuller thus reducing the amount they eat. Also, research has indicated that it may reduce blood sugar and cholesterol levels too.1

‘The mother’ (it’s an odd term, I know!) is another important part of apple cider vinegar, though not all products include it. This name is given to the bacteria in apple cider vinegar because this is the catalyst that gives rise to the vinegar. Many store-bought apple cider vinegars have the mother removed because it gives the vinegar a cloudy appearance, which can lead some customers to believe that the product has gone bad. This is not the case though and, in fact, the mother is the healthiest part! It is said to contain a good portion of protein, minerals, probiotics and enzymes, all of which can help support our digestion and overall health. Therefore, raw, unfiltered apple cider vinegar is preferable.

With these claims surrounding it, it is easy to see why apple cider vinegar has gained popularity recently but how much truth is there to this? 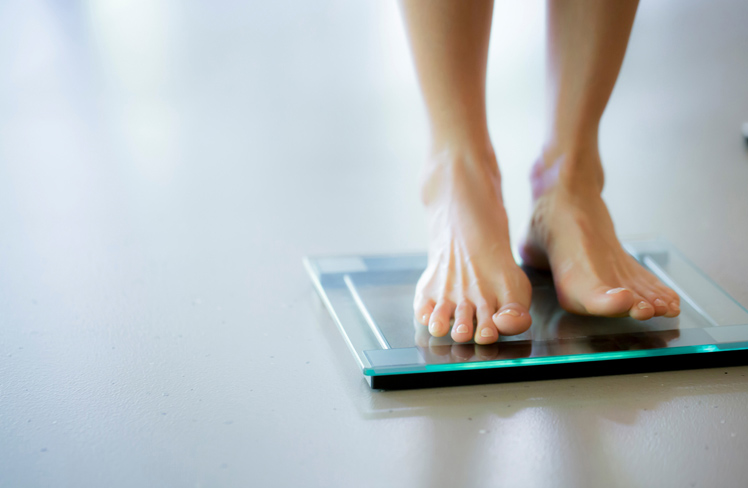 Well, apple cider vinegar contains a starch called pectin which may make you feel fuller for longer. Pectin is a soluble fibre meaning it absorbs water and fluids when it enters the stomach and intestine. This turns it into a solid mass (a bit like big lump of gel – lovely!) which stretches the stomach. In turn, this sends signals to the brain to say you are full thus triggering the release of hormones that quell any feelings of hunger. On top of this, the mass of soluble fibre means it takes longer for food to leave the stomach and this too can contribute to the feeling of fullness.

This may encourage weight loss as, by making you feel fuller, pectin could cause you to eat less at meal times and may even mean that you spend less time snacking during the day as well.3

As well as offering these benefits, New Nordic’s Apple Cider Tablets also contain a nutrient called choline which has even more to give when it comes to managing weight. In one particular study it was found that when taken for just one week, choline tablets caused a significant reduction in the body mass of participants.4 These results were seen to a lesser extent in the control group.

Choline can aid digestion as it has a positive effect on the liver which breaks down food and coverts it into energy. With digestion working well you should be more able to absorb food which, in turn, can aid weight management.

These findings surrounding weight loss and New Nordic’s Apple Cider Tablets are very positive but just remember that there are some additional things to take into account when trying to lose weight as well. You may have to exercise a little more for example, or adopt a healthier diet. This means cutting down on processed foods and sugary snacks whilst opting for fresh fruit, vegetables, meat and fish, as well as the likes of wholegrain bread and brown rice instead.

Stomach acid is needed to break down food efficiently but if there is not enough of it then digestive problems can arise. That’s because undigested food moves into the small and large intestine where it can begin to ferment. This may result in problems such as gas, bloating, discomfort and constipation.

Apple cider vinegar helps to strengthen the acid in your stomach though, thus helping to breakdown food more efficiently. Also, pectin acts a bit like a prebiotic and so it encourages the growth of good bacteria which are important for good digestion.

Is it good to put apple cider vinegar on your skin and hair?

Provided you don’t mind the rather distinct smell of apple cider vinegar in liquid form, then the answer to this particular question is definitely yes!

When it comes to hair care apple cider vinegar has a multitude of different benefits to offer, the biggest of which relates to dandruff. There are a variety of things that can cause this problem to arise including skin conditions such as psoriasis and eczema. Also, the body constantly sheds skin cells to replace them with new ones but if this process speeds up then dandruff can come about.

As apple cider vinegar is quite acidic, a high concentration can damage the skin and hair so if you do want to use it here it must be diluted. I’d recommend adding 2-4 tablespoons of liquid apple cider vinegar to an empty 500ml bottle of water and then top up with cold water. If you want to cover up the smell of apple cider vinegar you could also add a few drops of essential oil to this mix.

There has been suggestion that apple cider vinegar can significantly reduce blood sugar levels after eating starchy food.5 This is because acetic acid interferes with the enzymes that break down starch into glucose.

High blood sugar levels are most common amongst people with diabetes and symptoms can include tiredness, blurred vision and thirst. However, stress, over-eating, lack of exercise and certain medications can also contribute to the problem as well.6

On top of this, a study conducted for the BBC programme ‘Trust me I’m a Doctor’ found that apple cider vinegar could reduce cholesterol levels.7 High cholesterol puts us at risk of a heart attack, stroke and blood clots.8

That being said, the effect of apple cider vinegar on blood sugars and cholesterol were only seen short term and so further research would be necessary to gain an insight into whether or not it could help regulate the two things longer term.

How to take apple cider vinegar

As you may have already noticed, here at Jan de Vries one of our favourite apple cider vinegar products is by New Nordic. Their apple cider tablets contain ‘the mother’ and acetic acid which, as I’ve explained, bring lots of benefits. However, these tablets stand out because they also make use of dandelion, globe artichoke and choline which have even more to offer.

Dandelion for example, is a good source of vitamins A and C but it also stimulates the production and movement of bile. Without this process we can’t tackle fat metabolism, nor flush out all the unwanted toxins from the body (many toxins are removed through the large intestine in the bile). Globe artichoke on the other hand, helps to support good digestion. With this in mind, it’s easy to see how the tablets could help with weight management - those adjudicating in the Healthy Awards 2018 would certainly seem to agree with this as New Nordic’s Apple Cider Tablets won Editor’s Choice Award in the category of Best Weight Management Product.9

So, there are definitely lots of potential benefits to be gained from apple cider vinegar but just remember to keep up a healthy diet and exercise regularly to maximise your chances of achieving any weight management goals!